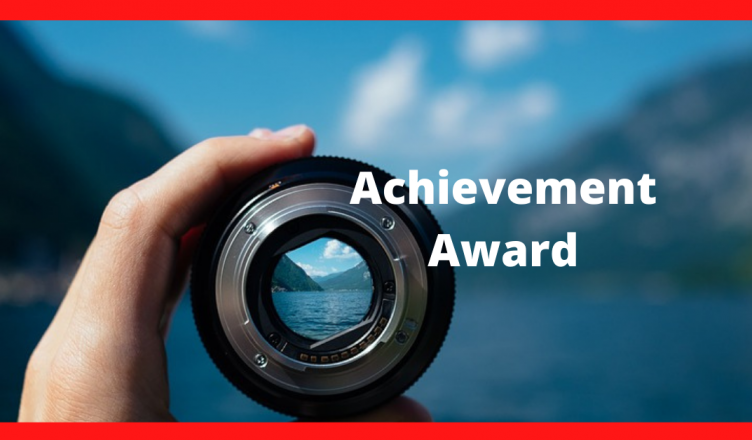 In the journey of life, there comes a time when you are required to celebrate others for job well done and for their achievements. In fact, you could be one of those people being celebrated too for the services you have rendered to an organization. So, you might be wondering, what is an achievement award?

When you receive an achievement award, the feeling of winning is great and will make you appreciate the work you do. Working hard in life is very important and being recognised for your work is encouraging.

Awards are created to celebrate and recognise good performance or contribution, from employees or companies, over a period of time.

What is an Achievement Award

An Achievement Award seeks to recognize and celebrate your exceptional performance as an employee over a period of time. It means that the work you do is appreciated by your organization or society. Achievement awards are the relevant honors or trophies that you earn when you exceed average performance which can either be in academics, sports or as an employee.

Achievement Awards are designed to recognize sustained, exceptional performance and/or significant contributions over an extended period of time that represents a major portion of the employee’s area of responsibilities, including performance or project goals above and beyond normal performance expectations.

To win this award, you will need to go over and above the normal expectations of your job. This includes achieving project goals and great results.

There are various examples of achievement awards, and various people have created unique and interesting ways to celebrating achievement.

Some of these examples include;

What is an example of an academic achievement

An academic achievement is associated with school or studies and refers to the level of schooling you have achieved.

In your studies, you might have received high grade and that is one example of academic achievement.

Another example of academic achievement is when you attend college and graduate from school successfully.

What is the meaning of a lifetime achievement award

We have employees who spend or have offered services to an organization for most of their lives. You might be aware of some or you know someone who has been working at a company in what feels like forever.

You parents or relatives might have been working for a specific company since you were young. This is very commendable and should be appreciated.

Lifetime achievement award is designed for such employees.

These awards are awarded by various companies, to recognize contributions made by their employees over the whole of a career, rather than or in addition to single contributions.

The lifetime achievement award is intended for such individuals with at least 10 years of documented accomplishments in the field of higher education sustainability who have had a significant impact on a large number of individuals and organizations.

McKinsey is committed to creating a diverse and inclusive environment and is passionate about developing leaders. We have created and sponsored many programs, and we are excited to launch a new series of McKinsey Achievement Awards to recognize and support talented people who may be currently underrepresented in leadership roles.

The McKinsey Achievement Awards are just one of our many worldwide programs aimed at helping candidates get to know McKinsey better. They have three types of achievement awards;

This is an award for the individuals who are the first in their family to earn a higher-education academic degree. In essence, this means that your parents did not attend or graduate from university.

This award celebrates individuals who self-identify as lesbian, gay, bisexual, trans-genders, queer or who get questioned by our society about their orientation.

Women in organizations mostly get the short-end of the stick (no pun intended). However, this award by McKinsey is for the individuals who self-identify as women.

Now that you know this is important, it would also be great for you to learn how to make your own achievement awards template.

Creating an award certificate does not require any formality. You can easily design your own template and use your own wordings in the award plaque.

When the process of an achievement award nomination begins, it involves filling and submission of the nomination form.

The nomination form is usually sent to the person with the company appointed to be the administrator of the award scheme.

In most organizations, this is done in the second half of the fiscal year or towards the end of an important project.

The process of giving out an achievement award includes;

This is what this process is all about. In the paragraphs below, we further discuss them so that you can fully understand what happens in the process.

The department from which the employees comes from should approve the award nomination.

Once the nomination forms are completed and submitted to the person in charge of the awards scheme, the team reviews this nomination for eligibility based on a criteria they had already set.

It is expected that each department sets its own review and approval process with clear timelines. This is important as it ensures that the finance department has set aside the award funds and the money distributed within the fiscal year.

Once a nominee is approved, he or she wil receive and award letter and a certificate. This will be presented to the award winner by department manager or supervisor.

Some organizations will have their CEO or Chairman present these awards at a special awards event.

Once all the processes are followed and finished, it is expected that the winner will receive their award payment.

It is recommended that the achievement award be paid to the employees directly into their personal accounts.

In conclusion, we have seen that an achievement award is a great tool that organizations can use to motivate and encourage their employees.

Recognizing and celebrating great performance and mostly the above-average achievement will send an important message to everyone in a company.

It is for this reason that we encourage you to participate in the various awards where you can increase your employee’s productivity.