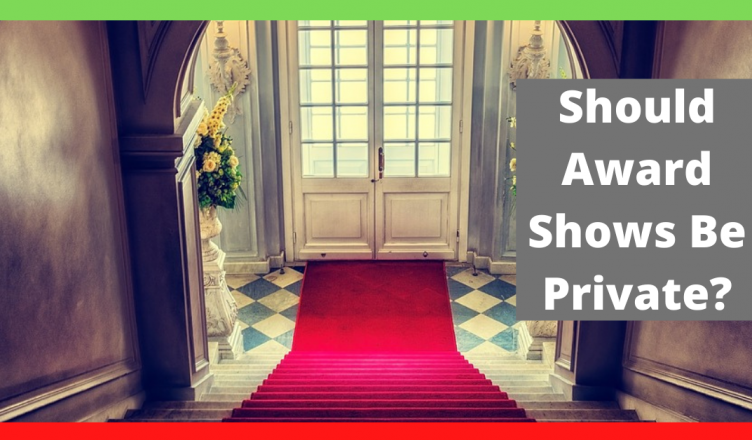 The fact that there has been a decline in the rating of award shows is no longer a secret. It is a reality that business and entertainment industries must face head on. Tough questions must be asked and this includes; should award shows like Grammys be private?

If you have been wondering about this, you are not alone. A lot of other people are asking whether there are merits to award shows being made private.

For businesses and entertainment industry players, public award shows are very important. The publicity and exposure is beneficial to corporate and personal brands.

The networks that also broadcast these awards shows like Grammys or Oscars get massive viewership from the events.

In this regard, the debate about private or public award events is a good one. It has people who support it and others who do not like the idea.

In this resource or post, you and I are going to be seeking to understand whether award shows like Grammys should be private.

There are advantages and disadvantages of having public or private award shows like The Grammys.

In my opinion, the decision of making an award show private rests with the organizer of the event, and the objective of such a show.

In the case of events such as The Grammys, Oscars, The Emmy and Golden Globe, there is a great deal of value in having them as public award shows.

However, there is a need to re-evaluate how they can be rejuvenated to incorporate new thinking and new processes.

With the rise of the new media, and the changes in the tastes and preferences of the audiences, it is critical to have host sof award shows take this into account.

One of the reasons why some feel that awards shows like the Grammys should be private is the decline in ratings.

Awards shows are witnessing a decline in the rating across the major networks.

A move by the people from the movie theatres and concert venue has played a role in this.

The global crisis in 2020 did not help the awards shows like the Grammys or Oscars.

From these low audience numbers, it is clear that award shows are in a crisis. Organizers and hosts of such events should consider taking them private as a way to mitigate against the decline.

However, there is still great value in having the events or such award shows as public.

What Type of Award Show is Grammy?

The reason I am mentioning the Grammys here is because they are one of the most popular award show.

It is important that you understand what a Grammy award show is. This will help you to understand the context of the question; should award shows like grammys be private?

Popularly known as The Grammys, they recognize achievements and great work in the music industry.

In conclusion, it is important to understand that award shows play an important role in our society.

You should also learn the reasons why organizers of awards shows like Grammys or Oscar prefer to have them as public events.

These events come with great media publicity and exposure. It is something every brand would like to be associated with.

You have probably seen that sometimes the focus is actually is on red-carpet stories more than what happens inside the hall.

This is because there is value in getting to know who is attending, what guests are wearing and also who is not attending.

It fuels the gossip and rumour pages of entertainment magazines and publications. Brands and businesses sponsoring such event like the marketing publicity that comes with such stories.